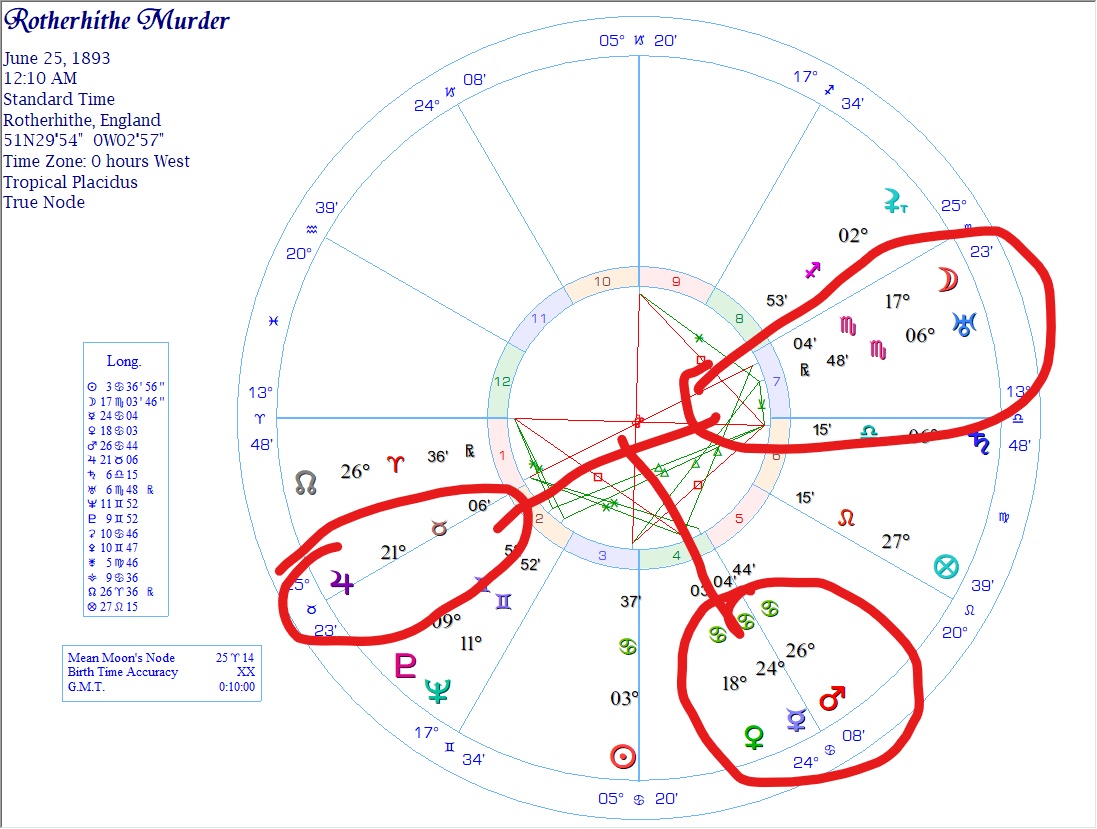 On a modern note, Black Moon Lilith is in the Eighth House of sexual adventure for the accident chart and opposite Neptune in the second house.  It would seem that money interchange was the issue for the murderer and he was outraged that he would have to pay for these services.

The Part of Fortune, Leo 28, gets an the symbol of “friends shaking hands” from Carelli where he notes that this is a transaction sans money or any type of commerce.  The murderer would agree there — he obviously felt his transaction with the streetwalker was of mutual benefit; she obviously disagreed.

Angry and petulant,  he struck out against her insinuations – Neptune is sextile the stellium in the fourth house (her walking her beat) and the fifth house ending with violent Mars semi-sextile the Part of Fortune in the sixth House at 28 Leo conjunct Fixed Square Al-Talhah (here portending violence) & also square Neptune 12 Gemini (ruling seaman)  and Pluto (erratic or crazy behaviour).

Interesting is how Alan Leo’s Astrologer’s Magazine noted how the death was met by the house and planets separation.

P.S.  While Pluto is depicted on the chart, because the incident occurred in 1893 we are ignoring its impact; it is not on the download chart.