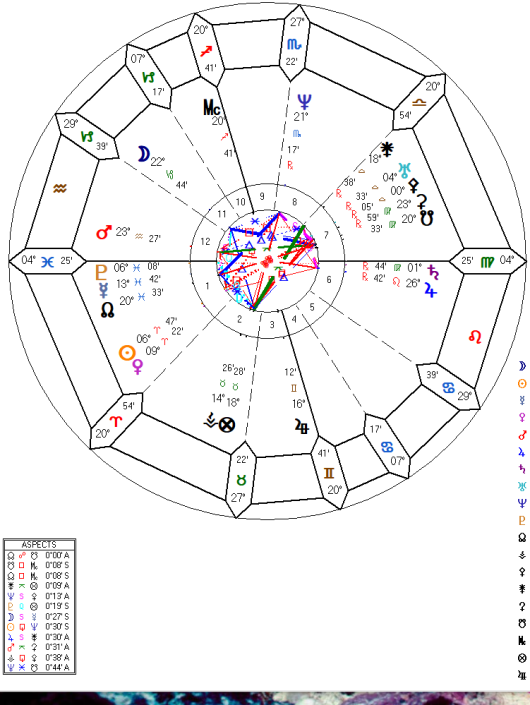 Our featured image is a painting by Gustav Klimt of Pallas Athena, the patron goddess of Athene Greece.  It is one of his early works.

According to the Pelasgians (prehistoric peoples inhabiting Mediterranean lands), Athene was born beside the lake or river Triton and nurtured by three NYMPHS. Athene accidentally slew her childhood friend, Pallas, when demonstrating her abilities. In token of her grief, Athene set her friend’s name before her own and is often known as Pallas Athene.  Nike, the Greek winged goddess of victory is a daughter from the union of Pallas and the river Styx (Greek for river of Hate, which leads to the underworld.  Their other children were  Zelos (jealousy),  Kratos (force) and Vio (violence).

Pallas was also in Ancient Greece, a type of flute.

The metallic element in the periodic table Palladium, symbol PD, is named after the asteroid surprisingly, as it was discovered about the same time it was.  Palladium is part of the platinum group and found in platinum ores and used in manufacturing for catalytic converters.  it has a silvery luster and easily fusible with other metals of its group.  Its melting point is about 1530-1550 Celsius.  It dissolves in sulphuric acid.

HEINRICH WILHELM MATTHIAS Olbers (1758-1840) was a German astronomer, born on the 11h of October 1758 at Arbeitfen, a village near Bremen, where his father was a minister.  He studied medicine at Gottingen, 1777-1780, & while attending the sick bed of a fellow-student, he devised a method of calculating cometary orbits which made an epoch in the treatment of the subject and is still extensively used by astrophysicists.

Baron von Zach made the treatise public, and it included a table of eighty-seven calculated orbits.  While it got him some amount of recognition, Olbers returned to practicing medicine to pay for his hobby.  He was a light sleeper, getting about four hours daily according to his diary, and so spent the significant part of each night devoted to astronomy, after having fitted the top of his house as an observatory.

Olbers was entranced by comets and discovered 1815 of them in seventy-four years.  During this time he re-identified Ceres on the 1st of January 1802 and then shortly after that detected Pallas on the 28th of March, and following that path discovered Juno.  His discoveries of Vesta and Cetus in Virgo were first mathematically calculated.

Pallas’s discovery, we are assuming early morning in Bremen Germany, is at 04.25 Pisces.  E. C. Chambers says that it a critical degree and suggests “concentration.”  The Hyperion symbol is a “main span of a new bridge across a mighty river,” which Mr. McClung writes is the “essential point…of something.”  Conjunct the Ascendant is 13.24 Mercury, the Hyperion symbol of a “young boy observing a salamander,” or some alchemical new thing coming into being.  The North Node which ends this stellium is indicative of “men in open fields” with no barriers to protect or stop them.

We feel based on that triplicity that this a good time for the discovery, but the real question is what does Pallas mean and was it well named?  The two yods  are helpful there, the blue yod getting the midpoint of Vesta and the Part of Fortune, or the “lesser ascendant” as Marc Edmund Joes calls in his 1975 book, “Mundane Perspectives”  and suggesting that devotion to one’s task was key to its discovery and as the myth goes, an unfortunate liability to the goddess Athene who noticed only her prowess and not its lethality to her friend.

The purple Yod has the ascendant stellium as its midpoint reinforcing that message, so yes we agree that it was well named, and believed based on this that the keywords for the asteroid should be “concentrated mentality.”